An interesting move of a 5th wheel that had been on a site near Guardamar on the Costa Blanca in Spain for seven years. The site was very populated with trees and we had very little room for manoeuvre. Fortunately the site was empty, which made life a little easier. The 5th wheel was going into storage which would be a good time to mention our new storage facility.

You can even watch the video here: 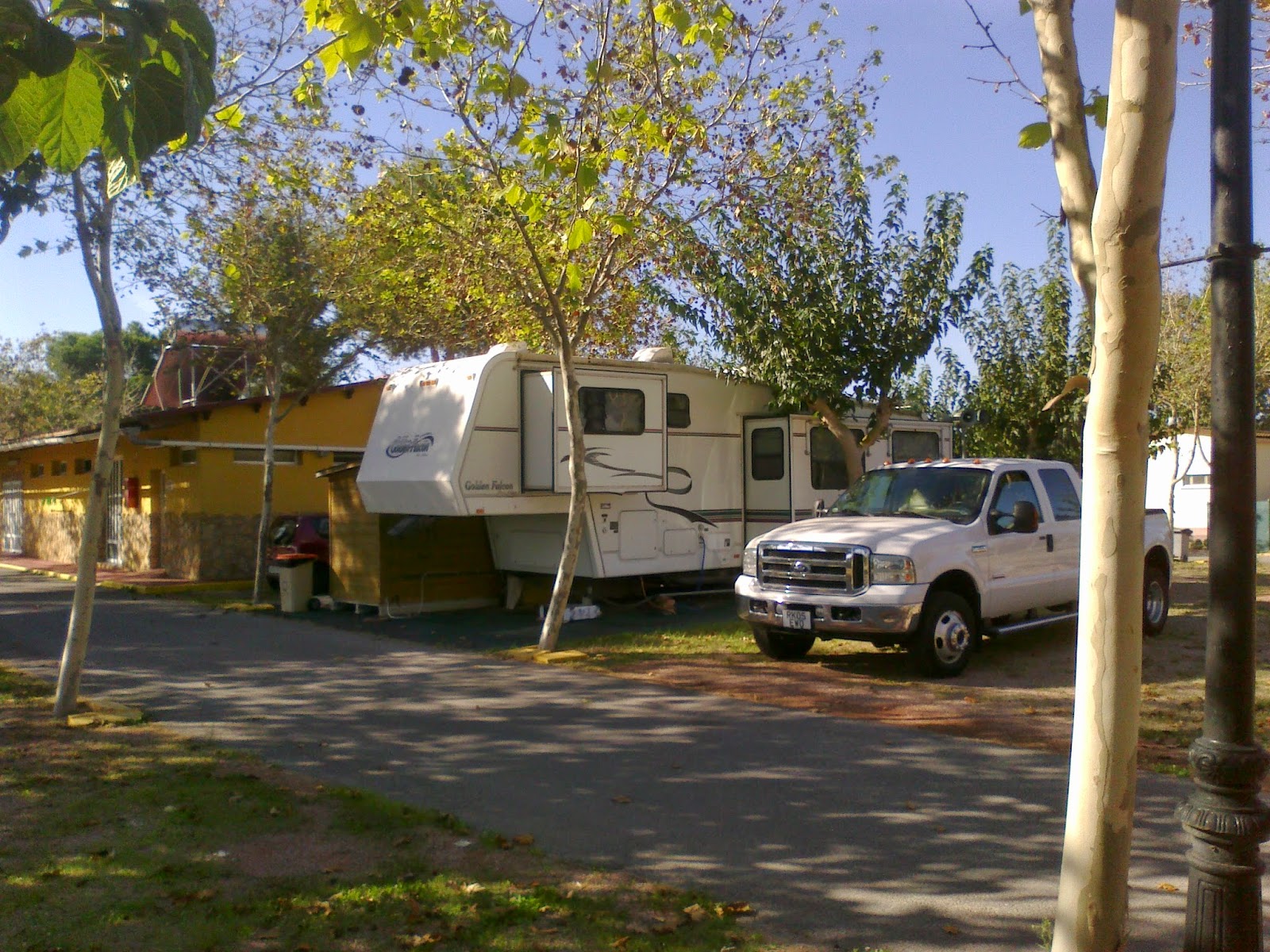 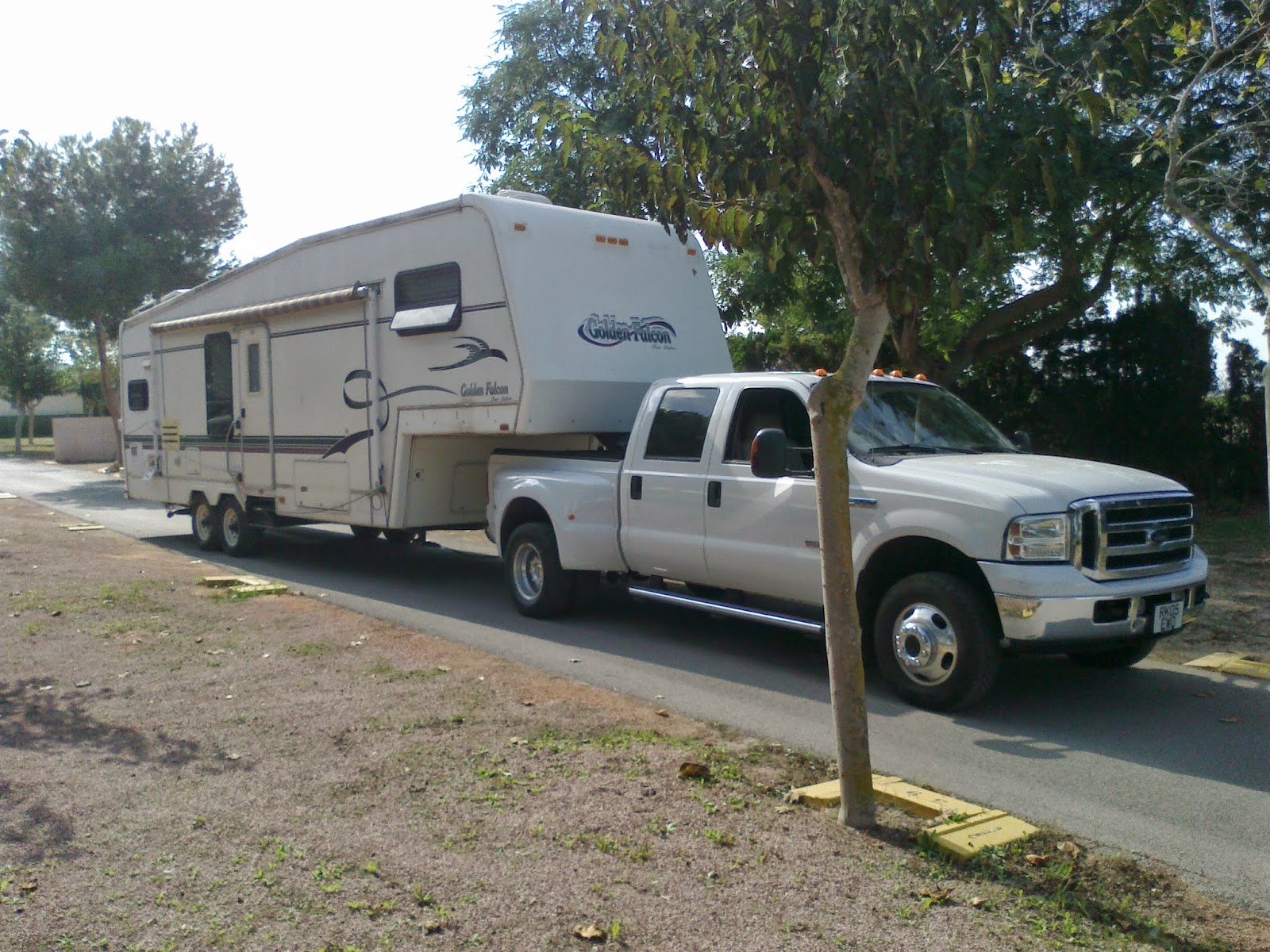 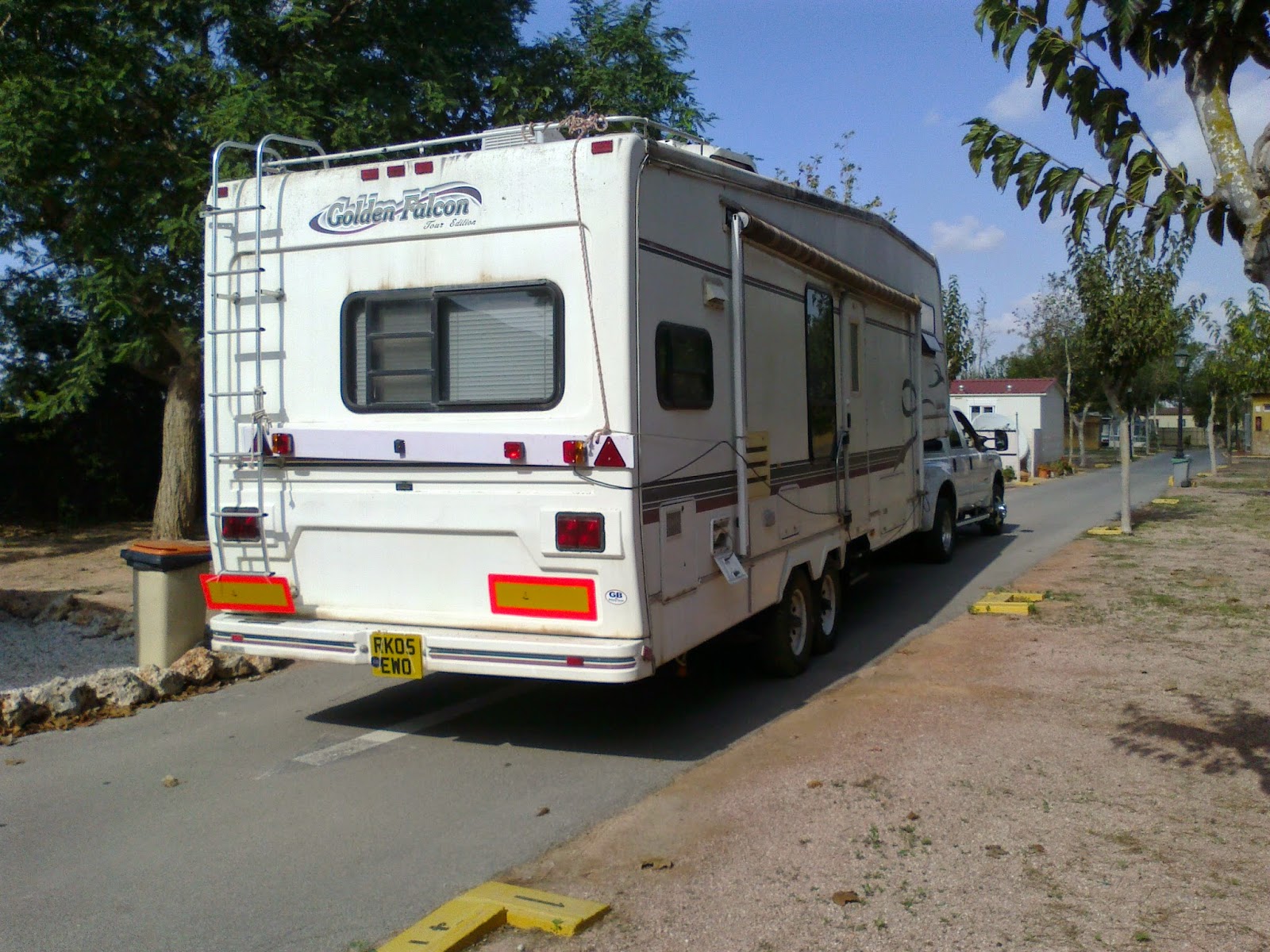 We are pleased to announce we will be opening a secure storage site for caravans, 5th wheels, RVs etc, close to Alicante on the Costa Blanca. We are expecting the new facility to be up and running from the 1st December.

The site is situated down a private gated road between Catral and Dolores. In addition to the main road gate, the site itself is fully fenced and gated separately and the operators will be living on site.

Initially the site will be uncovered but we aim to add covered storage in the future as the site progresses.

Caravan storage from only €20 per month (plus IVA).

The 5th wheel transport continues with another delivery on the Costa Blanca. This time a 31ft Laredo. Not without issues, this time. For some reason the previous owners had welded two additional 6mm plates onto the 5th wheel pin box which prevented the kingpin from locating correctly, and one of these plates had been removed, leaving large blobs of weld on the hitch mating surface.

It's worth a mention on goosenecks vs conventional 5th wheel hitches. The conventional hitch is certainly easier and faster to hitch up but the gooseneck has advantages beyond this and has got us out of some tight situations that would have been a real issue, if not impossible, with a conventional hitch. Mainly by the ability to easily adjust the height to clear the bed rails far greater than is possible with a normal hitch. In this case, I wouldn't have wanted tow this particular trailer with a normal hitch, firstly because there was insufficient clearance between the moving parts of the trailer pin box and the truck hitch and secondly because the remaining blobs of weld could well have caught up on the truck hitch and worst case scenario, potentially have ripped the hitch from the bed!

Often in site collection situations, although we carry a decent amount of tools to cope with most eventualities, we can't carry everything! An angle grinder was required, in this instance. The beauty of the gooseneck is that it fixes to the pin box and the point of rotation is where the adapter sits on the ball in the back of the truck. Another big plus is that there isn't a permanent hitch bolted to the bed of the truck, so the bed is completely clear for other uses.

The gooseneck will also take far more weight than a conventional hitch and in my opinion, also tows better, allowing the trailer / truck connection to 'roll' sideways, forwards, backwards, in fact in any direction in much the same way as a conventional bumper tow ball.

Anyway, back to the delivery. The problems didn't end with the hitch... On arrival at the site, which is tight for 5th wheel caravans at the best of times, we were face with the largest road being blocked by a truck delivering a mobile home. We found another way round and with the help of the good people on the site (moving cars, watching blind trailer corners etc) it was eventually delivered onto the pitch, much to the delight of the new owner. A bacon sandwich and coffee later, we were on our way home. We love fairytale endings :) 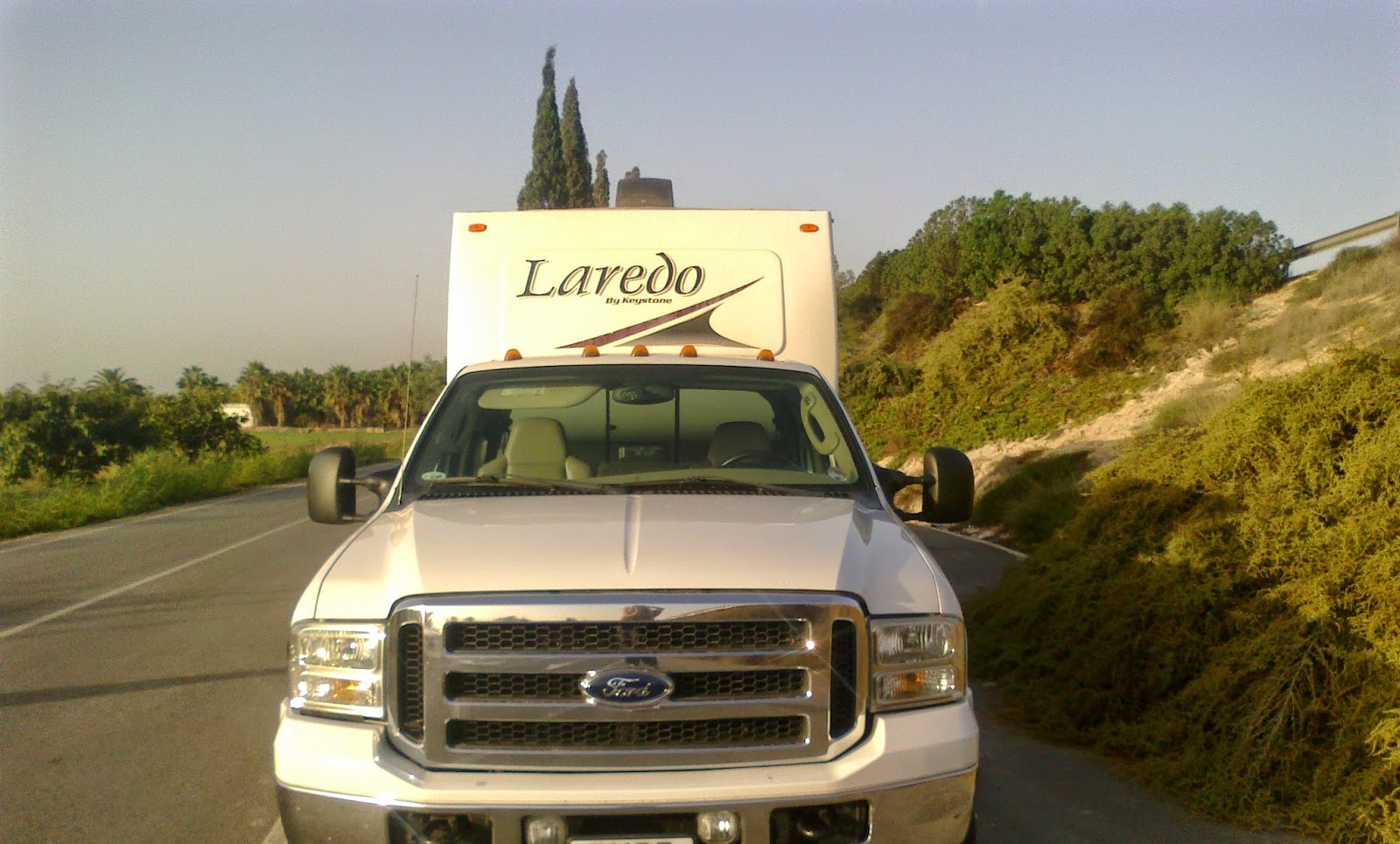 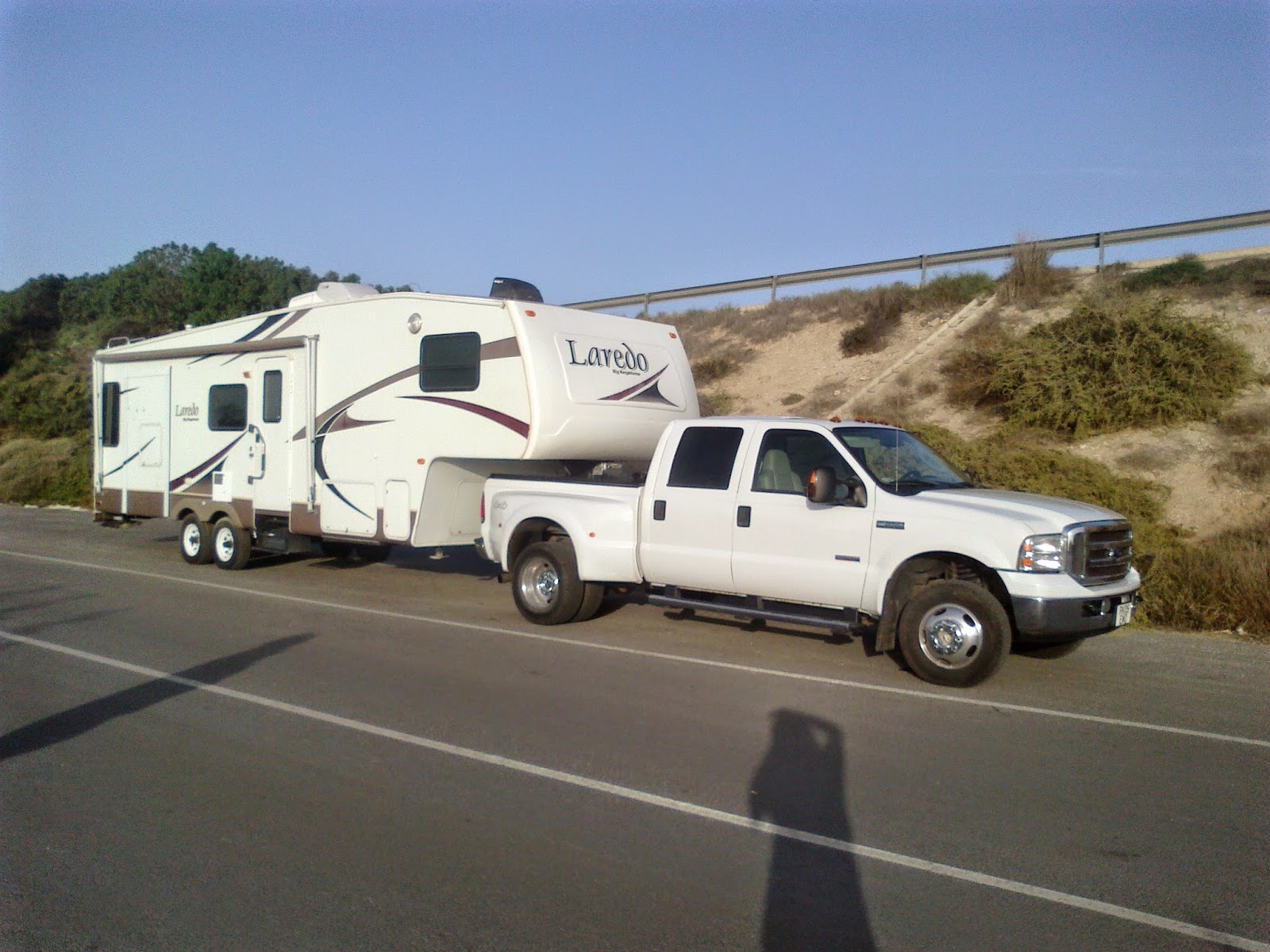 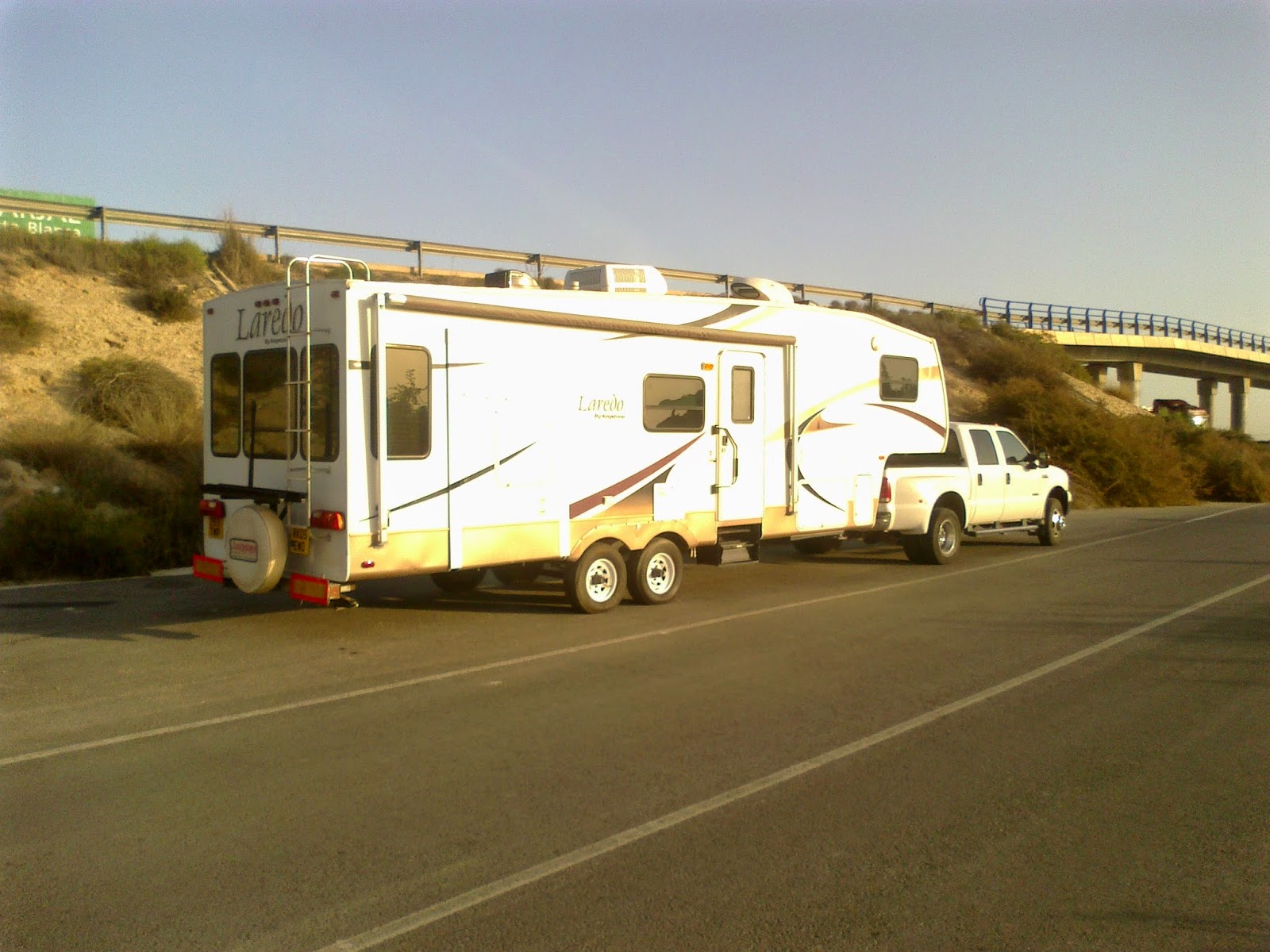 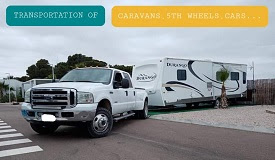 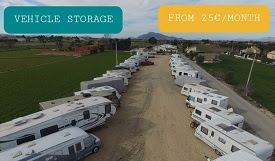